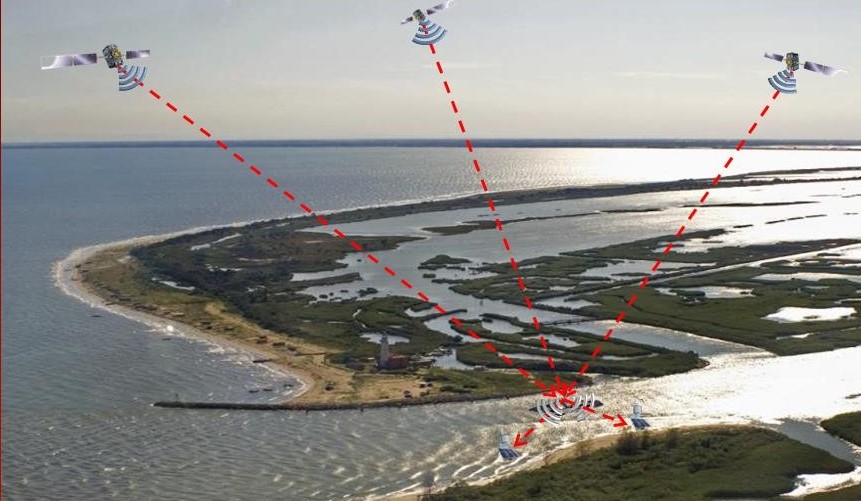 APOLLO project fits into the strategic areas identified through the Call for Proposal “Sostegno al riposizionamento competitivo dei sistemi imprenditoriali territoriali (Support to the competitive repositioning of territorial business systems)” of the REGIONAL SMART SPECIALIZATION STRATEGY by POR FESR Lazio 2014-2020. It pursues the fundamental objectives of small and medium-sized enterprises repositioning and development through the improvement of the productive structure and the valorisation of specialized human resources.

DESCRIPTION OF THE PROJECT

The APOLLO project aims at developing and engineering a maritime surveillance system. The core of the prototype is represented by a multi-channel bistatic passive radar (PBR): it exploits  the reflection of the Galileo satellite signals (or more generally GNSS) as signals of opportunity, impinging on the target in order to detect it, measure its position and speed (Doppler effect) and show the results on map.

The advantages that the GNSS-based PBR technology offers are:

The aim of the project is to intensify maritime surveillance and safety by exploiting global positioning systems, including GALILEO, and innovative technologies for the exploitation of existing transmissions for PBR applications concerning:

System potential stakeholders are all Safety & Security Authorities operating at sea such as:

The partnership, consisting of ASTER and UNIVERSITY OF ROME LA SAPIENZA – DIET, aims at engineering the APOLLO system both in term of algorithmic logics and hardware.

The APOLLO prototype will be optimized to ensure the exploitation of the spatial diversity provided by the satellites of the Galileo constellation in order to perform the triangulation for detecting and localizing the target.

The system has been designed to permit an easy integration and to be as small as possible and easily declinable in any measurement configuration.

The test campaigns will be carried out starting from spring 2019 and will be conducted on sites in the Lazio Region considered appropriate application scenarios.